We have designed and built this segment erector with a maximum capacity of 2.3 tons, intended for a Tunnel Boring Machine that will be used for an important excavating project inLos Condores, Chile.

The segment positioning erector is composed of a fixed structure and a moving one, both made of electro-welded structural metalwork and machined on machine tools. The fixed part consists of two longitudinal beams on which the sliding guides, made of wear-resistant material, are mounted. The moving part, instead, comprises the translating, rotating ring and the pick-up unit.

The mounted erector has a diameter of 3,600 mm, a maximum segments load capacity of about 2,400 kg, a total weight of about 12,000 kg and a maximum rotation speed of 2 rpm, equipped with a vacuum system for segments pick-up.

The segments positioning erector, built by Galbiati, is equipped with a mechanical arm with suction-cup, so called vacuum system, positioned in the rear area of ​​the mantle (tail), with the function of moving and putting in place the final tunnel lining segments.

The erector picks up the piece from the sled with a vacuum system provided with several suction cups (one suction cup is sufficient to support the weight of a segment, to avoid load loss in case of failure) and places it in its seat. Then it continues in succession up to the last segment (the key segment), which puts the ring in compression. The segments of a ring are then bolted together, in radial direction, and are connected to the previous ring by means of connectors.

The pick-up unit (vacuum system) has the task of grasping and maintaining the segment during the positioning operations. It is provided with three independent movements:

Some photos taken during the erector assembling at our workshops are shown below. 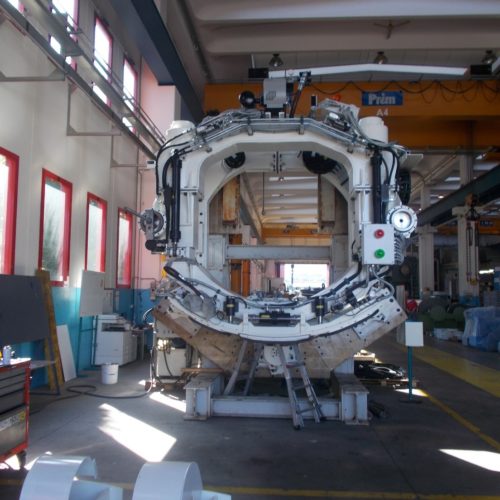 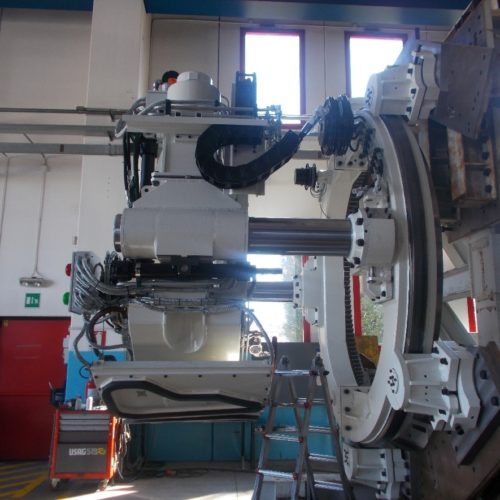 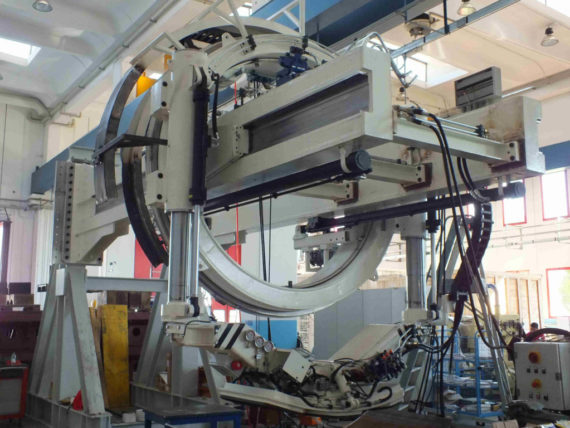 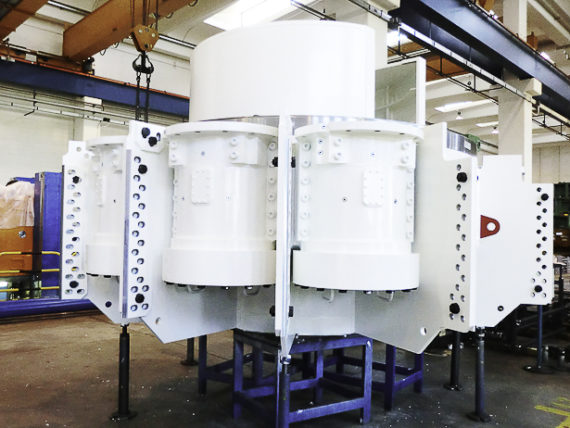 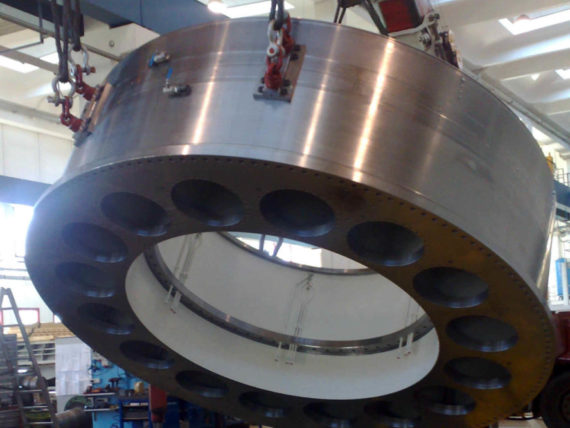 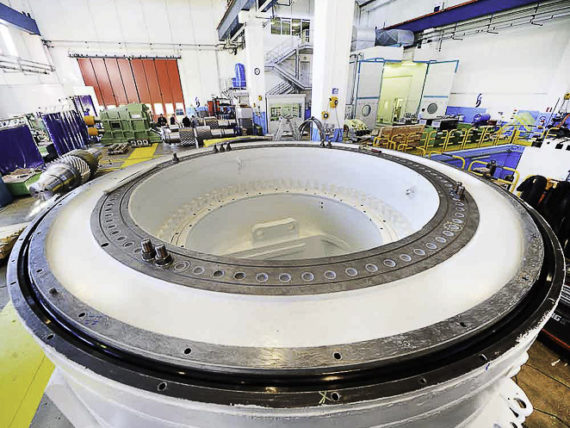 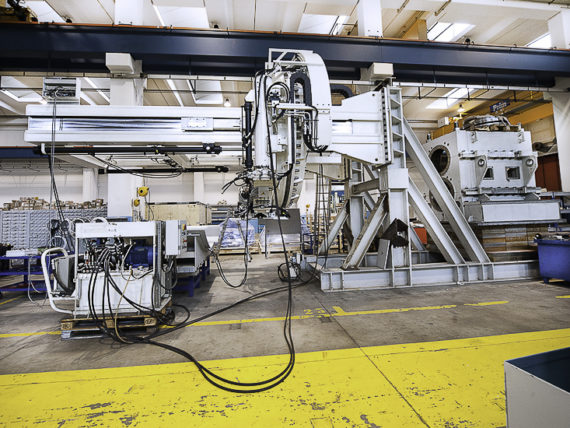 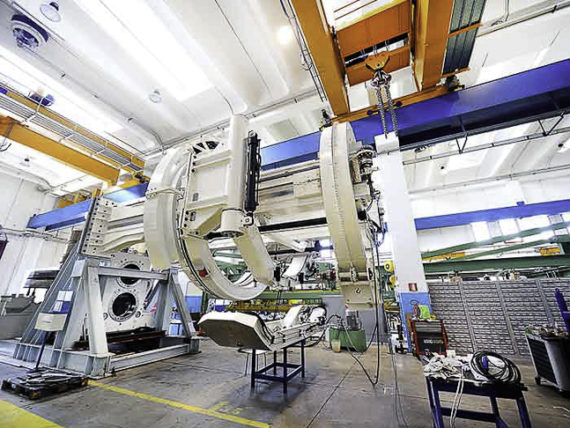 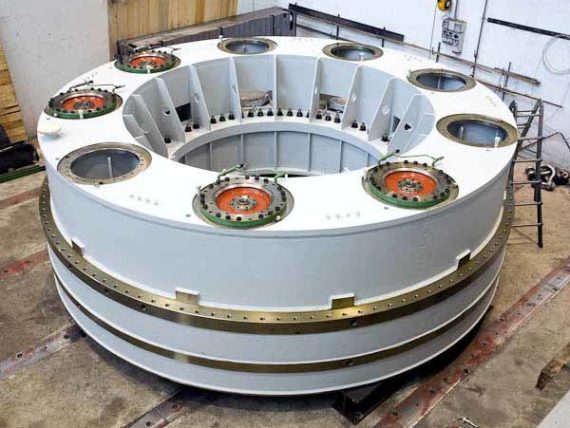 Engineering and Construction of Mechanical Machines